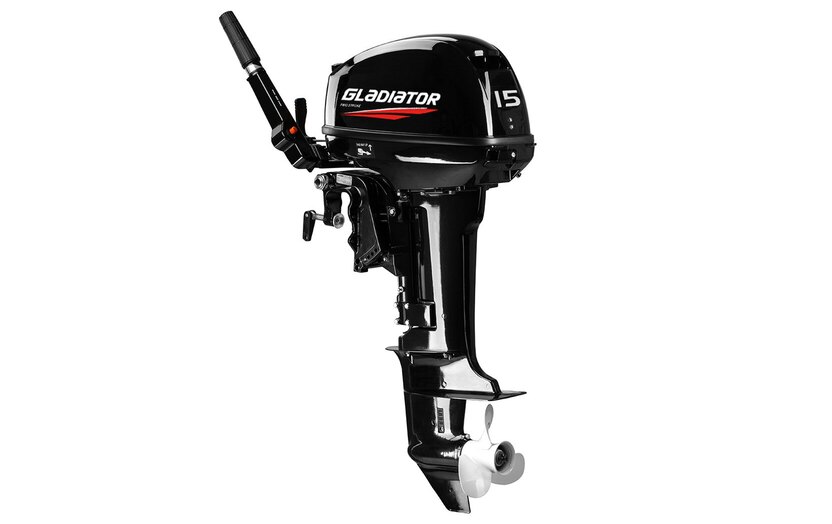 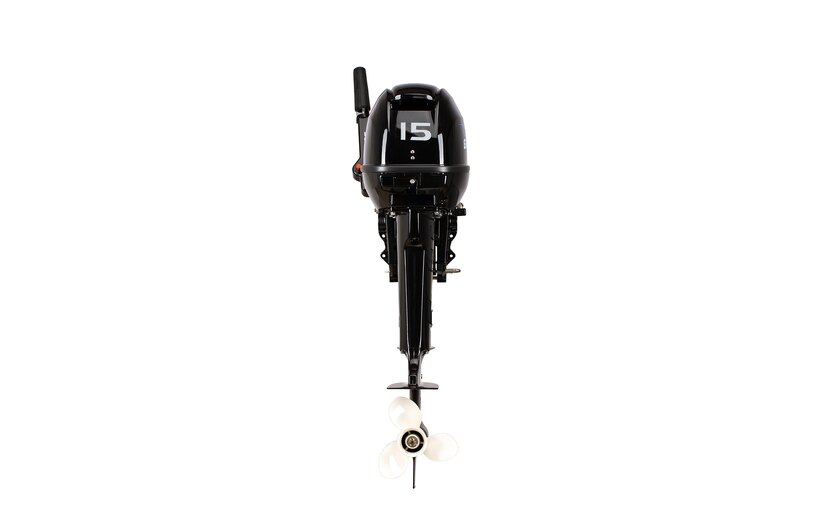 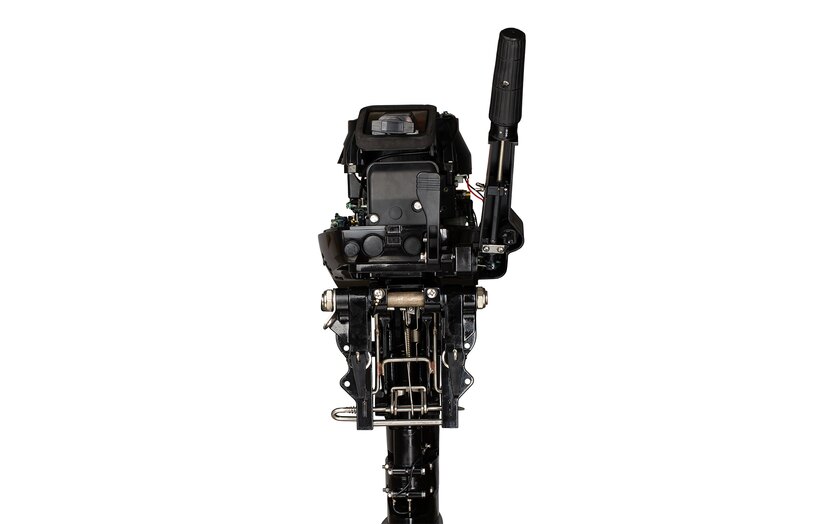 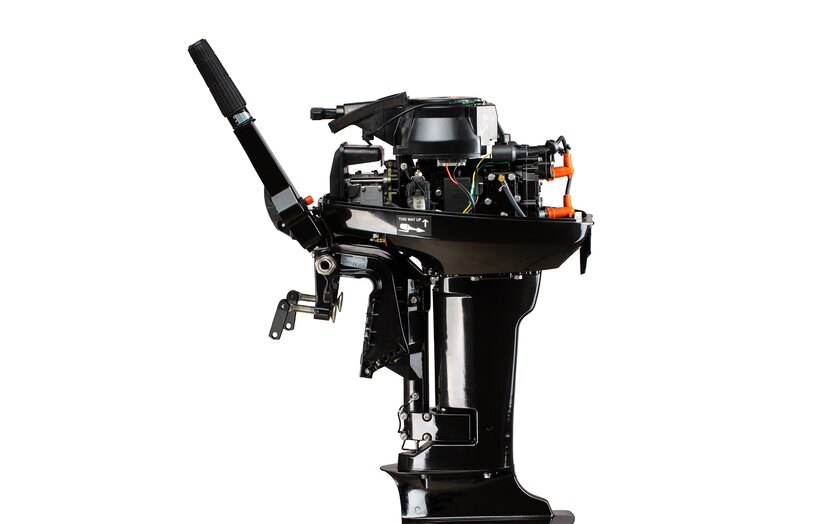 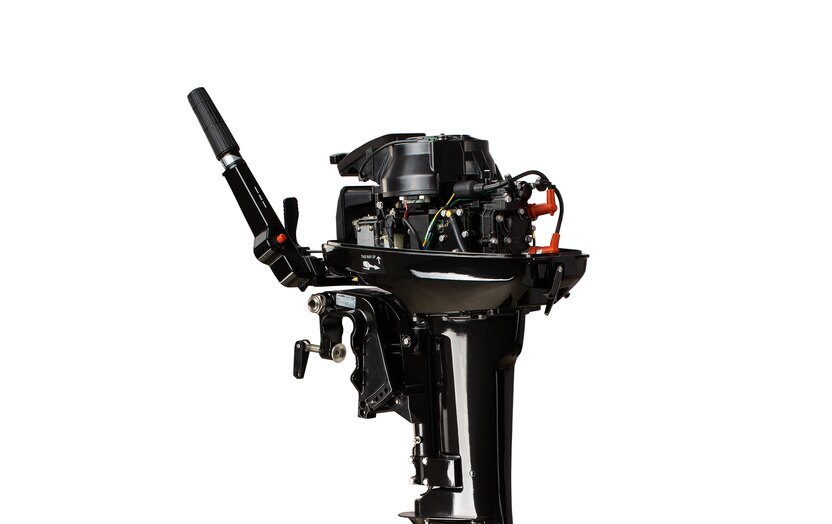 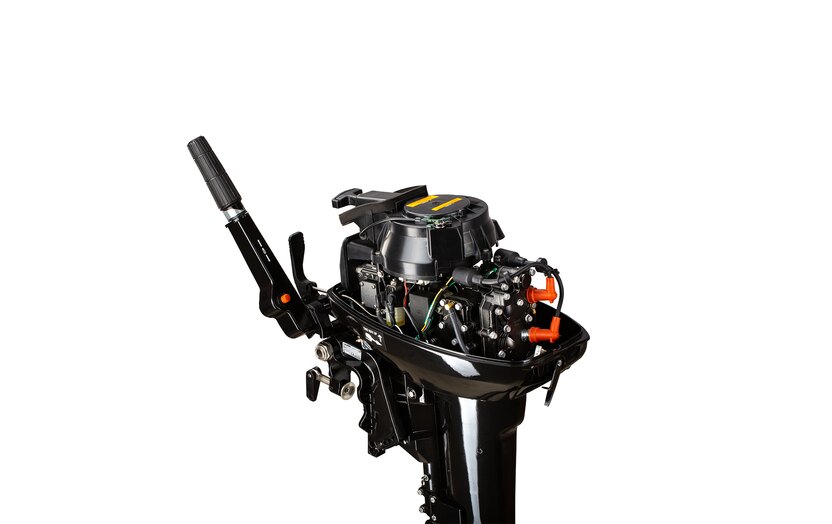 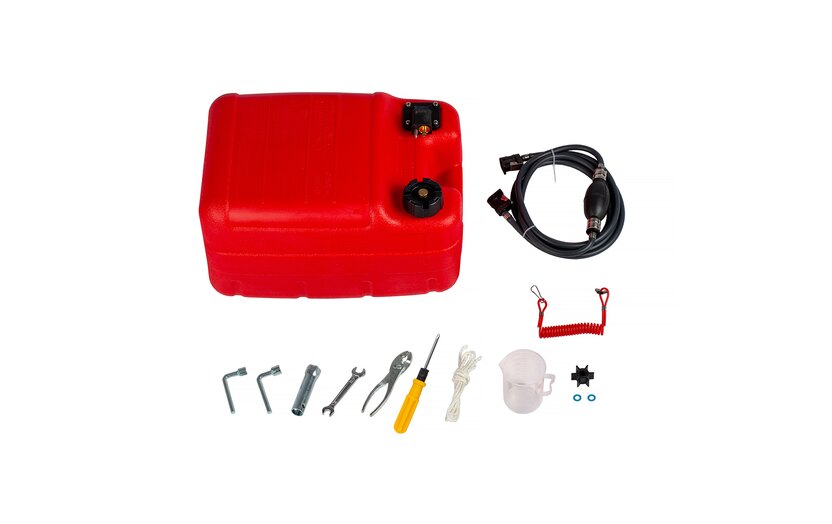 The motor is powered by an external fuel tank, which is connected to the fuel hose through quick-release connectors (it is possible to switch from one side to the other without turning off the engine). A pre-prepared mixture is used as fuel (pre-mixing) in a ratio of 50:1 (for 50 liters of gasoline – 1 liter of oil). To facilitate the start of a cold engine , an air damper is provided in the carburetor design. To control the operation of the cooling system, a special nozzle is installed on the motor pallet. To maintain a stable operating temperature the engine has a built-in thermostat in the cooling system.

The motor is started by a manual starter and controlled by a standard tiller with a rotary throttle handle (motorcycle-type trigger) with anti-slip notches.

A lock is provided on the manual starter, which does not allow starting the motor when the gear is switched on (starting is possible only on neutral). Gear shifting is carried out by a lever in the front of the motor. The lever has three positions – forward, neutral, backward. The engine stop button is located on the tiller, it is equipped with an emergency shutdown safety check.

The design of the motor clamp allows you to adjust the operating angle of attack (4 positions), as well as to fix the motor in one of two positions of movement in shallow water and fully raised position. A loop is provided on the clamp for fastening the safety rope.

As an option, a voltage regulator rectifier can be installed on the motor for recharging. 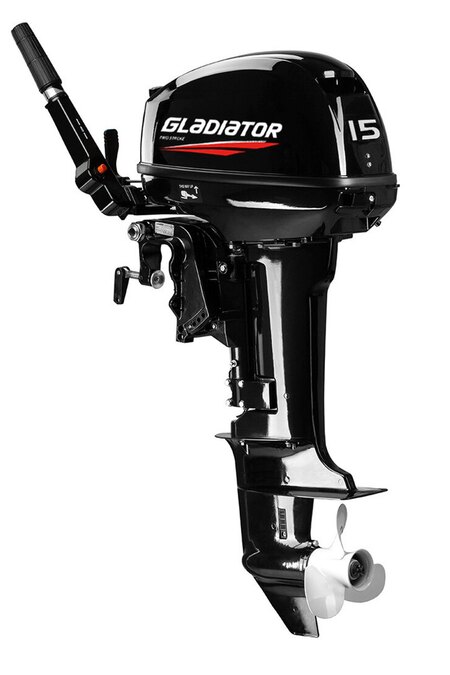 One of the key advantages of Gladiator is versatility, in our model range there is an opportunity to choose a motor for any task.